If you have stumbled across this, you may want to read part 1 first.

… As we moved through our first year of college, we both grew up a lot, and met a lot of new people. My life at home changed a lot, and Nick’s career was calling him in a steady direction, and mine -as an art student- really wasn’t! We were moving in different circles and travelling on different paths. I was scared I was going to lose him, and eventually I got so scared and confused that he would leave, that I left him instead. In years of thought, therapy, and a lot of retrospect on what was going on in my life then,  I have realised that this was so I had a shred of control left in what felt like a world that was spinning into chaos for me. (Of course this was a terrible decision that has haunted me for years…)

So that was that. My most stable relationship and best friend was gone.

3 years later we got back in contact and Nick came to see me at my Mum’s house; I remember very little about this encounter, but 2 things stand out. I remember him pulling up in his car and feeling a crazy amount of nerves and butterflies as he walked towards the house. I also remember chatting to him in the dining room and a song by Longview came on, called “Falling For You”.

‘Cause I only ever think of you
Being down there, how I miss you

He hadn’t been there very long, but I remember us looking at each other knowing exactly what we both were thinking. In the next few weeks we spent a lot of time together. I was “on a break” from the relationship I was in, and Nick took me out, helped me with things at my house, called me every night, and took me out in my car helping me learn to drive. One weekend we went for a walk in the woods, I do not remember what we talked about but I do remember walking in front of him, tripping up (as I do often!), turning round to look at him while I laughed, and suddenly feeling his arms around my waist and he pulled me in for, what remains, one of the best kisses I have ever experienced. I will never forget it. For all the romantics out there, it was one of those that gives you serious butterflies, makes your hands tingle, and your body feels hot and shivery and like its melting at the same time… (all in a good way, not in an MS way 😛 !)

Sadly, the relationship I was on a break from, was an abusive one, and it was not easy to escape from, as much as I wanted to. I did not tell Nick at the time, but Im sure if I had he would have done everything he could have to help me, and perhaps I would not have endured another year of what I did. But life is life and we make our choices, and suffer what we must.

Nick and I remained friends, he told me he was interested in a girl at work; I was desperately jealous, but wished him happiness – which I think he found for a while. We lost contact then. My family went through a year of 3 bereavements, I started university, and I finally escaped my relationship.

2.5 years later after occasional contact Nick and I once again regained contact. We spent time catching up, he took me out for dinner… I was a bit of a mess at this point, and he didnt seem like himself (in retrospect, this must have been around the time he was first experiencing MS symptoms). I remember saying we’d always stay in touch, but something for right then just didn’t click. Looking back there was nothing stopping us being together… but we were both in a mid-twenties funk, both hurt and wandering, and we probably would have been no good for each other. 6 months later I moved to Jersey and over the next couple of years had my first child, Jake.

When Jake was 18 months old, Nick and I again got back in touch. I found him on facebook and discovered that he had been diagnosed with MS. I will never forget that moment. I hadn’t seen or talked to him for at least 2.5 years, but I felt the wind knocked out of me and I cried a lot that night; I told my Mum straight away, I even told my then boyfriend. I dont know why it caught me with such a barbed wire type of reaction; part of it was an overall sadness for Nick and his family, part of it was a resentment that I wasn’t there and I didn’t know before – and I really felt like I should have been, and part of it was just a stunning disbelief that someone so simply lovely had been dealt with another horrible disease.

We talked then; our enduring friendship evident in a few phone calls and texts, until he pulled away, knowing I was far away and bringing up a family. Again we lost contact for a couple of years…

Read the next happy part of our story here – see, I told you there was a happy ending! 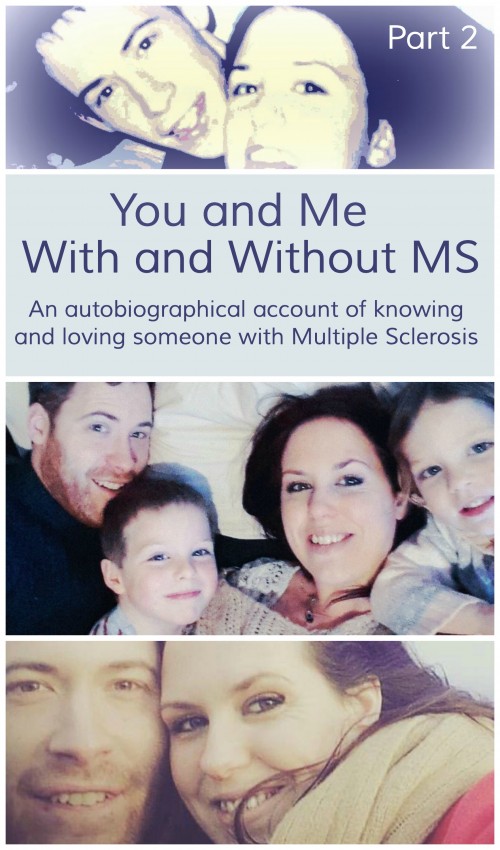