We are so honoured to welcome a superstar athlete to our blog today. Emma Wiltshire has overcome multiple medical conditions and much more to make continued outstanding achievements in athletics, as well as working for the Welsh Athletics Team, and running her own sports massage and personal training business.  Emma also happens to be my cousin, a fact of which I am very proud! Read her story here, and be sure to check out her own blog at GB Transplant Athlete 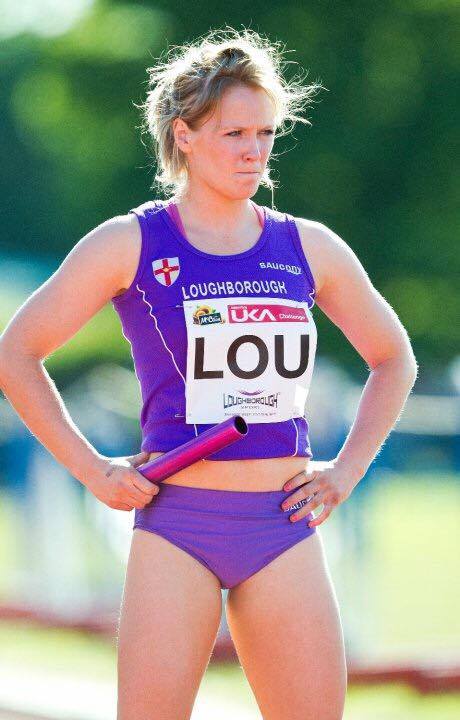 Over the past fifteen years I have been diagnosed with two chronic illnesses and suffered acute liver failure, requiring a full organ transplantation. I have also received undergraduate and postgraduate degrees from a top sporting university, won multiple national athletics medals, got married to the love of my life and become a world champion. You could say my life is one of extremes! 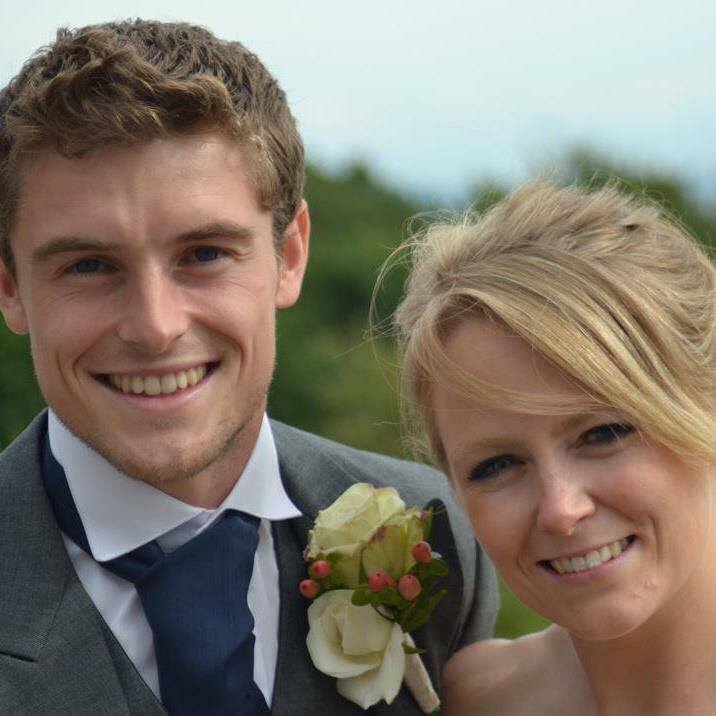 I have always used my sport as an indicator of my health. I’ve competed at a high level in athletics since I was 15, and If I’m well enough to train and race, then it means I have found a way to battle the various illnesses that have reared their ugly head along the way.

I was diagnosed with pernicious anaemia in July 2009 after six months of ulcers, fatigue and a psychological state bordering on depression. Regular injections of vitamin B12 keep any symptoms of this autoimmune condition at bay, and it wasn’t until early 2014 that I started to have symptoms for the next illness to come at me, ulcerative colitis (UC, or colitis). Colitis is a nasty illness where the colon becomes inflamed and ulcerated, and it stops functioning the way it should. Abdominal pain and diarreah are the main symptoms, but secondary symptoms such as fatigue, anaemia and weight loss are also very common.

Shortly after being diagnosed with colitis, I suffered acute liver failure while working as a massage therapist with the Welsh athletics team at their 2014 Commonwealth holding camp in Portugal. I fell into a coma, required an emergency liver transplant and was given a 5% chance of survival. The doctors still don’t know why my liver failed (I was a young, fit (relatively) healthy woman), but apparently it’s one of those things that ‘just happens’. I was incredibly unlucky to have it happen to me, but so lucky that they found a matching donor liver in time. 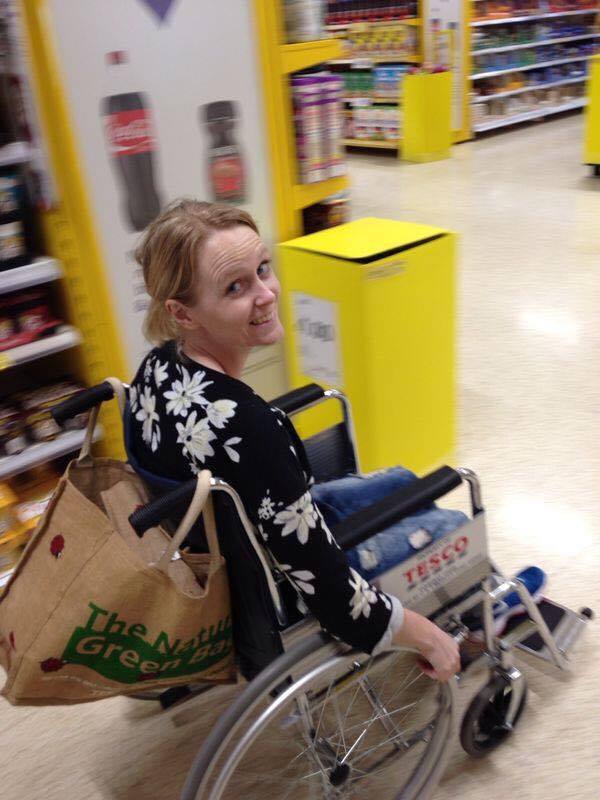 I spent 5 weeks in hospital in Portugal, before being flown back to the UK, barely able to walk, let alone run. I spent the next six months rehabilitating, getting my strength back and allowing my surgery wounds to heal. Just under a year after my transplant I competed at the World Transplant Games, where I won six gold medals, breaking world records in the 100m, 200m, long jump and high jump. 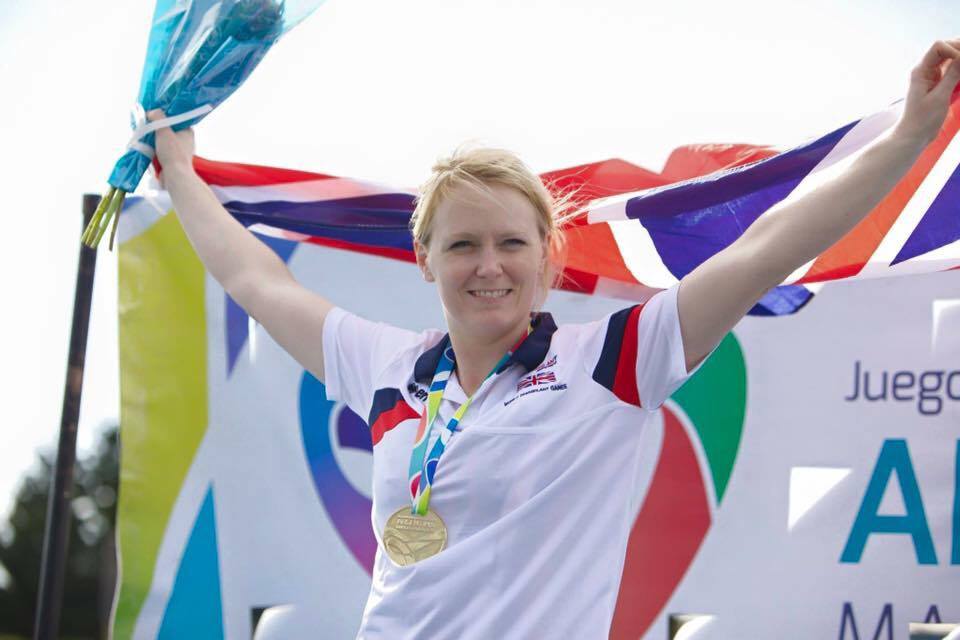 But, it wasn’t all plain sailing from there, and although the masses of medication I had initially been on post-transplant had kept my colitis under control, as my medicine tapered, my symptoms reappeared.

In the summer of 2016 I started going through the worst colitis ‘flare’ I had ever been through. I was going to the toilet up to 20 times a day, passing blood almost every time, couldn’t sleep because I would need to get up to go to the toilet at night, and was completely exhausted. My dream summer holiday was ruined by my disease, and by the end of September, I had lost 8kg of weight in just under three months.

After my consultant was talking me though the possibility of removing my colon, I decided enough was enough, and made some pretty big changes to my lifestyle, mainly cutting out processed sugar from my diet, and eventually following a plant-based diet. It turned my life around, and I’m now well enough to be back training 5 days a week in preparation for the 2017 World Transplant Games (and I can even have the odd bit of cake now and again!) 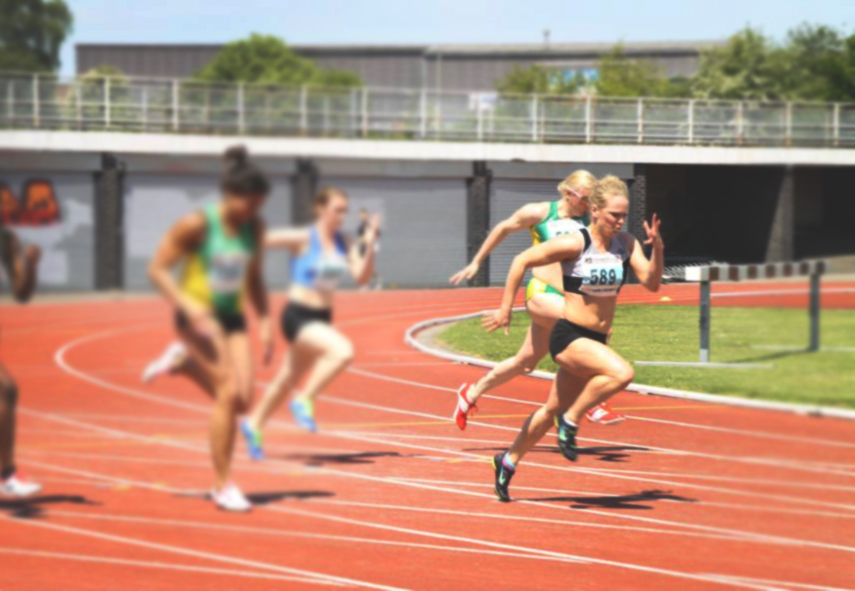 Luckily I’m now feeling very well but I make small alterations to my lifestyle to keep it that way.

1 – Rest.
It’s so important and is repeated time and time again by anyone with a chronic illness. I don’t work Monday and Friday mornings, and to be honest, I usually just take this time to lie in, mooch around the house and watch TV. Sometimes I feel a bit lazy, but then remember that I’m actually looking after my body. I’ve also adapted my working hours so I work 10am – 6pm Tuesday-Thursday, meaning I don’t need to be up early or rushing around in the mornings. My job can be pretty hectic and stressful, so I have to recognise when I’m doing too much and rein it in a bit.

2 – Eating well.
I adapted a mainly plant based diet in November 2016, and it has made such a difference to my wellbeing. I really notice when I’m away from home and can’t eat properly, I have to come home and stuff salads and vegetables down my throat to make up for it!

3 – Staying positive.
It’s easier said than done when you’re going through rough patches, but it’s why I make the most of good times when I can. I tend to keep things pretty light most of the time, and having a sense of humour keeps me grounded. I don’t ignore any of my illnesses, but I don’t let them define me. I refuse to be seen as an ill person, and there is so much more going on in my life that I choose what defines me instead!

Thank you to Emma, for this brilliant insight into her life, and for her advice and inspiration on battling chronic illness and achieving in spite of it all! Don’t forget to check out her blog, and share this with your friends and family – you never know who it might help!